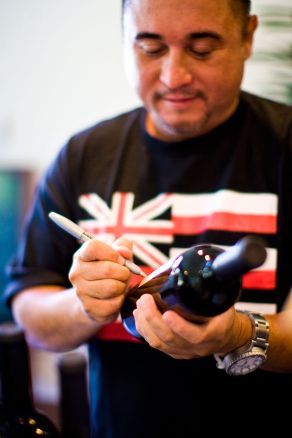 Aloha Plate Hawaii Food Tours is curated by Lanai Tabura, with the help of Hawaii Aloha Travel. With the desire to give island visitors a look into the local lifestyle, this tour was created with the idea of authenticity, personalization and good food in mind!

You’ve probably seen Lanai on numerous TV shows and commercials, both local and national. A radio and TV veteran of 25+ years, Lanai Tabura has done it all. Most recently he won season 4 of the Great Food Truck Race on the Food Network, and he’s also escorted Anthony Bourdain on the Travel Channel as a co-host. Lanai currently hosts Cooking Hawaiian Style, which airs In Hawaii and soon in California and Las Vegas. You can also catch him every morning on Hawaii No Ka Oi 6am-9am on Iheart radio, playing island and Hawaiian music for the world.

He is also no stranger to the world of stand up comedy as he has opened for Wayne Brady, Damon Wayans, The Pussycat Dolls, Mel Cabang, Andy Bumatai and Augie Tulba. One of his career highlights on stage was playing Vince Fontaine in the musical Grease, when it ran in Honolulu.

Lanai never sleeps in between entertaining! He shows off the Aloha spirit to producers, celebrities and friends and loves sharing his paradise Hawaii to the world. He is an international traveler and takes others around the globe with him, as part of his travel club, Lanai’s Travel Club. The ultimate tour guide, Lanai is a seasoned entertainer with worldly knowledge and a passion for Hawaii.

“People would always call me from the continent, asking if I could take their friends to eat and show them around Hawaii. I never give up a opportunity like that, to show off Hawaii, its people and its food.”
If you don’t see him on TV or hear him on the radio, catch Lanai around town sharing the Aina with visitors from all over the world. 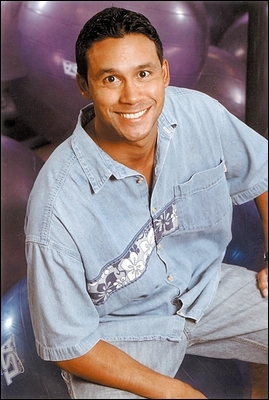 “One of Hawaii’s funniest” comedians, host, emcees and tour guides after only 6 months in ‘the biz’ Kaleo Pilanca was voted into one of Hawaiiʻs Top Funniest people and headlined his first sold out comedy show. Kaleo and Lanai were featured nationally on the Travel Channel’s “No Reservations,” as they shared their welcoming personalities and Hawaiian and Island cultures by cooking Hawaiian and Island Style Food at his home for host Anthony Bourdain.

This Hapa Haole (Mixed Hawaiian) local boy loves to bring out the positives in all ethnicities, and prides himself on sharing the combination of natural comedy, spontaneity, improve, funny characters, and unforgettable storytelling to the delight of his audiences.

A veteran of radio, local television, island commercials, motivational speaker for our youth and his Live Comedy Show Tours – Kaleo currently produces his own comedy shows called “LAUGH UP HAWAII COMEDY KANIKAPILA” where you will always find feel good music, feel good comedy, happy hour food and drinks, smiling, laughing and happiness, and a portion of the proceeds always to help someone in need.

Kaleo never forgets where he came from, and stays humble and true to his island roots. He’s come a long way from the days when he grew up on the plantation with cold water fresh from the river and without electricity, on the country side of Oahu at a place called “Sweet Waiahole Valley“, when his family created their own entertainment by playing sweet hawaiian music, eating pulehu bbq, telling funny and spooky stories and laughing by candlelight and camp fires.

No matter if Kaleo is on his farm, surfing waves, preparing and cooking island cuisine, playing his ukulele with family and friends, telling jokes or sharing stories of the old days one-on-one or in front of a large crowd in town, he always keeps his audience at the edge of their seats wanting more… Embracing the Hawaii of yesterday and today.